Two weeks after leaving Rockets, Daryl Morey has another job 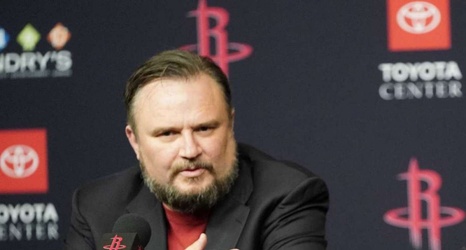 After stepping down as Rockets general manager on Oct. 15, Daryl Morey has reached a deal to become the Philadelphia 76ers' president of basketball operations, according to the Houston Chronicle's Jonathan Feigen.

A THANKS TO HOUSTON: Daryl Morey takes out full-page ad to thank Rockets, city of Houston

ESPN reports that a formal announcement of Morey's new job could come as soon as this week.

Elton Brand will remain as the 76ers' general manager and Doc Rivers, who Morey worked with in Boston, was just put in place as the team's head coach.