Should the Rockets trade Eric Gordon? 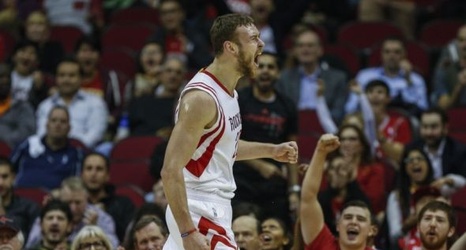 With the Houston Rockets being hard-capped and facing tough salary cap financial limitations, they could open up more flexibility by moving Eric Gordon’s salary.

The Houston Rockets entered 2020 free agency in familiar territory, as they were limited financially, due to their collection of salaries. While many in the fanbase have grown accustomed to blaming ownership for the lack of spending, specifically in regards to the luxury tax, this situation is much different.

The Rockets are hard-capped, in large part because of the $41 million salaries for James Harden and Russell Westbrook, which is the cost of having multiple superstars.