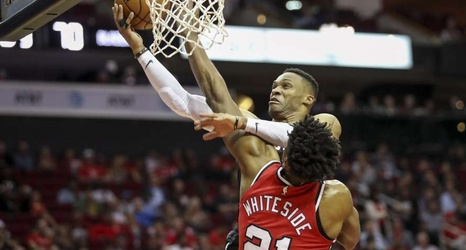 Lately: The Rockets have lost two of the last three games, including the first game of this back-to-back against Memphis and an ugly showing at Oklahoma City. The Blazers have lost four of five, but the one win was a good one, beating defending champion Toronto.

Scouting the Rockets: Houston didn’t have many problems in beating the Blazers when they met in November as Russell Westbrook had a triple-double with 28 points, 13 rebounds and 10 assists.