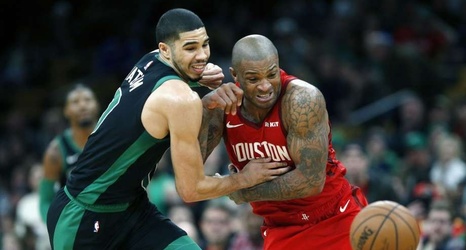 Lately: The Rockets have lost their past two games after winning seven of their previous nine. They have won four of their past five home games. The Celtics have a seven-game winning streak, including their past three on the road.

Scouting the Rockets: The Rockets won both games against the Celtics last season, averaging 121 points per game, and have a three-game winning streak against the Celtics at home … In the eight games played predominantly with small lineups, the Rockets rank 26th in defensive rebounding percentage, and 27th in second-chance points allowed, but first in forcing turnovers and in points scored off turnovers … Opponents have made 49.