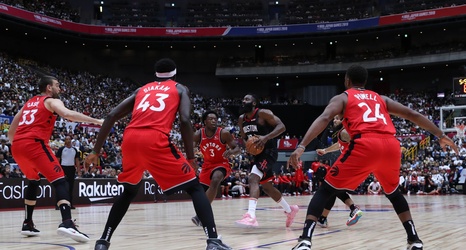 While it looks like the fiasco in San Antonio isn’t quite over yet, nevertheless, the Houston Rockets must shift their focus on Pascal Siakam and the defending champs. By now, everyone knows what happened on Tuesday against the Spurs that ultimately led to a 135-133 double-overtime loss.

While the league and Rockets’ management will ultimately sort out an egregious mistake, the team will have its own hands full with the resilient Toronto Raptors. After losing Kawhi Leonard and Danny Green coming off their NBA title, Toronto was expected to take a big step back in the Eastern Conference but so far have shown no signs of doing so.