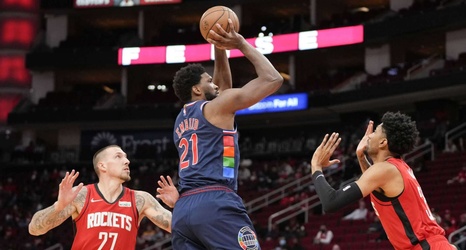 The Rockets suffered some blowouts at the hands of dominant big men in the past week, but they turned around and got a nice win over the Spurs. Here's a look at what we saw:

Last week, the Rockets were absolutely dismantled by the Dallas Mavericks, 130-106, in a game the Mavericks played without both Luka Doncic and Kristaps Porzingis. After just the first quarter, it was already 43-23; at the end of the first half, the Mavericks already had put up 80 points.

After the game, Stephen Silas said he thought energy was a factor in his team's defensive struggles, noting that his team was a "step slow, a step late on everything.