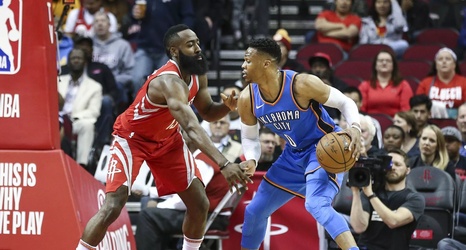 There’s been some rumors this season that the Houston Rockets have been considering some “load management” for both James Harden and Russell Westbrook, especially after Kawhi Leonard looked like the best player in the league during the Toronto Raptor’s playoff run after he played in just 60 regular season games.

But according to a recent report by NBC Sports, no decision has yet been made on what to do with Houston’s two stars.

“Last month, Houston GM Daryl Morey made headlines when he responded to a question about load management on “The Dan Patrick Show,” saying the team will have “a very put together plan by our staff throughout the season to have our guys peak in April.