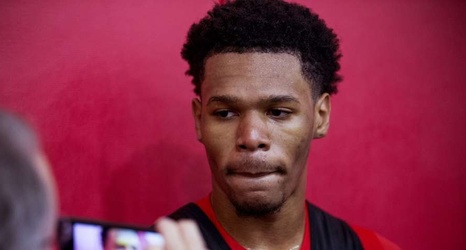 Trevon Duval had barely arrived in Houston, had not quite yet found his way around Toyota Center when he was given an assignment as difficult as any of his new Rockets teammates would receive. He was tasked with being Donovan Mitchell.

John Lucas, the Rockets director of player development, said Duval was "great" in the role, though no one would expect more than to give the Rockets' regulars a look at where and when the Jazz star would get the ball as a way to prepare to defend him in Sunday's Game 1. He likely did not have to mimic Mitchell's long-stride Eurostep or long-limbed slams.