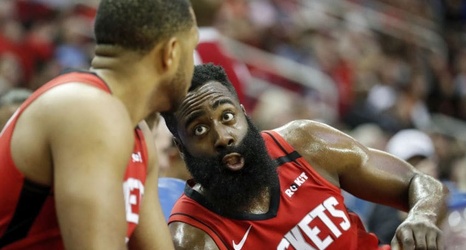 While Kobe Bryant inspired Houston Rockets star James Harden on the court, he also paved the way for James to thrive in the business market.

If you haven’t noticed, James Harden has been more active lately with Bodyarmor, a sports drink company he has a stake in. As he recently spoke about, the initial investment the Houston Rockets superstar made into them was inspired by none other than the late, great Kobe Bryant.

The sports drink has had more ad spots like this one recently, which features athletes like Harden, Mike Trout, Megan Rapinoe and Skylar Diggins-Smith.