Rockets’ GM Morey: ‘I feel comfortable we can be a top 10 defense’ 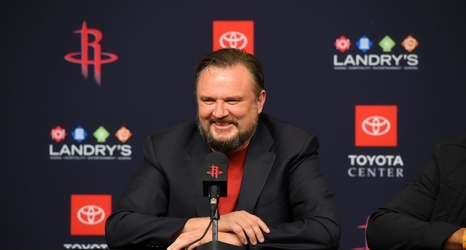 It’s no secret that the Houston Rockets have been less than stellar in the first seven games of the season. While their 3-point shooting has been a concern early on, defense has been the major problem for Mike D’Antoni’s group, as they had given up 112 points or more in their first six games. Before Houston’s game against the Memphis Grizzlies on Monday, Rockets GM Daryl Morey appeared on The A-Team on SportsTalk790 to discuss the team’s defensive woes.

While admitting out of the gate that it’s fair for people to be concerned about the team’s slow start, Morey was confident in Mike D’Antoni and the organization’s ability to turn things around defensively:

“[Our] defense is nowhere near as bad as it appears right now.