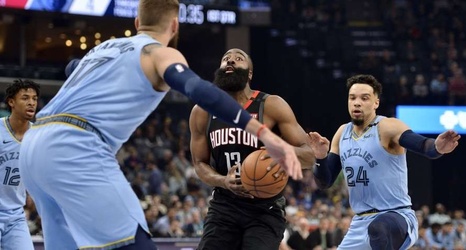 He had 41 on Tuesday at Memphis but it wasn’t nearly enough as the Grizzlies showed some offense of their own to knock off Houston, 121-110.

It was just the second loss for the Rockets in 16 games this season when Harden hits the 40-point mark.

Harden, who has 40 points in his last five games against Memphis, had 17 in the first quarter, but the Grizzlies showed they could score quickly, too, with a 15-2 run in just over two minutes to start the second.