Rockets’ failures not all on Mike D’Antoni 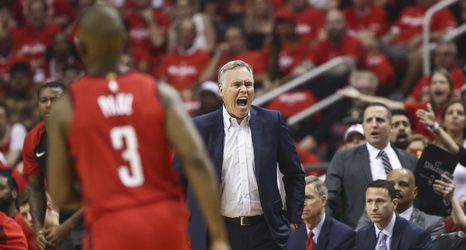 Since the Houston Rockets’ defeat to the Golden State Warriors in the second round of the playoffs, many takes for how to fix the Rockets are floating about, and one of the hottest I’ve seen is that it’s time to move on from Mike D’Antoni.

Now, let me start off by saying that everyone on the team deserves blame for the loss. This is an organizational failure.

The players for underwhelming in their biggest moment of the year, the owner, Tillman Fertitta, for not being willing to spend on the luxury tax, GM Daryl Morey for having a total bust of an offseason that resulted in a slow start and required some careful midseason maneuvering to dig out of, and D’Antoni for not getting the most out of two of his Big Three during a series with their greatest rival.