Rockets' Danuel House returns to the scene of his waivers 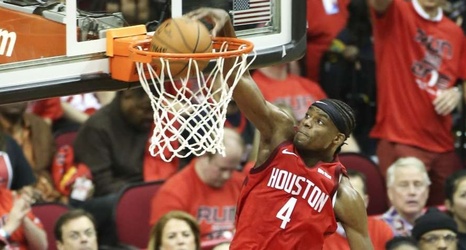 SALT LAKE CITY - When Danuel House Jr. previously arrived in Salt Lake City, his career was in a very different place than when he returned on Friday as the Rockets' sixth man.

Within hours, he was placed on waivers. He stayed in town with the assumption he would not be picked up, then signed a two-way contract with the Rockets shortly before the Rockets would play the Jazz that night.

"I didn't stress about it," House said. "I knew the plan. I knew everything was going to happen. I hadn't really showed that much game film in 11 games (for someone to pick him up on waivers.