Rockets collapse in crunch time, season over with 118-113 loss to Warriors 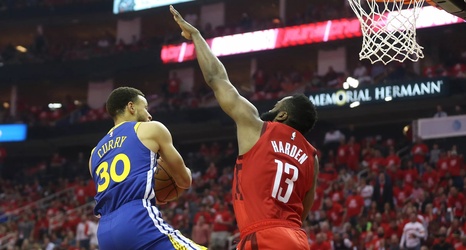 The Houston Rockets had their chances. Kevin Durant was out. Stephen Curry had 0 points at the break. Chris Paul played his best game of the playoffs. But after going up by 7 early in the fourth quarter, the Rockets collapsed into a succession of missed easy layups and turnovers, while Curry and Klay Thompson showed their championship pedigree by finishing strong, and the Rockets were eliminated in the playoffs by the Golden State Warriors for the fourth time in the last five years in a 118-113 defeat at home in Game 6.