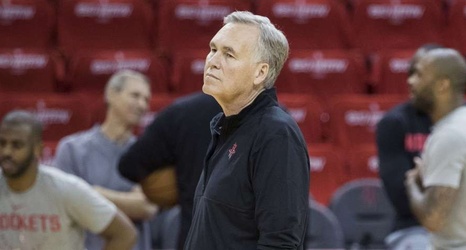 With the recent storms throughout the Houston area in what has become the norm during Rockets-Warriors playoff series in recent seasons, Rockets coach Mike D'Antoni praised fans for navigating around flood-damaged streets to get to Toyota Center while hoping to offer a good distraction for those hit hardest. But he also offered a reminder that many are still recovering from Hurricane Harvey.

"It doesn't surprise me because of how good they are and how good the community has been with us and the other teams. I think it's fantastic. Hopefully, we won't let them down.

"Again, it's a little bit, I know in a little way, it takes your mind off real life.