Rockets 118, Kings 112: Houston Clutches Up Down Stretch in Win 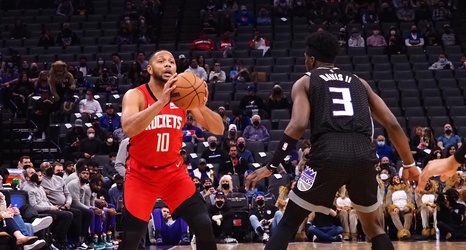 The Houston Rockets got their revenge on the Sacramento Kings Sunday afternoon with a 118-112 win.

The Rockets started the game strong with a 13-0 run and led 21-5 after six minutes of action. The team played high-intensity defense while taking smart shots on the offensive end to grow the initial lead.

The Kings eventually adjusted and caught the Rockets sleeping in the second quarter, outscoring them 39-26 in the frame to take a five-point halftime lead.

In the second half, the Rockets were able to come back thanks to a balanced effort on both ends of the floor with multiple players stepping up.