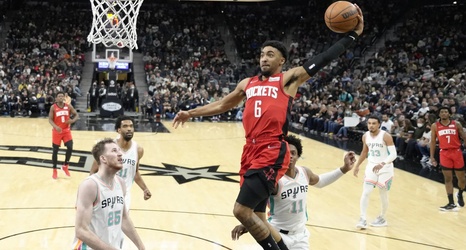 About two months ago, Houston Rockets forward KJ Martin officially requested a trade from the team. His father had been discussing that possibility at the end of this past season, and that came to fruition this offseason.

According to a report by Michael Scotto of Hoops Hype and Yahoo, teams are interested in acquiring the 6’5”, 21-year-old forward. He said:

“Another Rockets player teams are monitoring on the trade market is KJ Martin, who has drawn interest following a reported trade request from Houston...”

It’s not a major report, but it is confirmation that the Rockets are likely talking to teams and have some potential suitors for Martin.