Predicting this week’s Western Conference showdowns for the Rockets 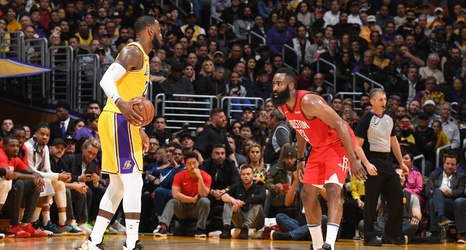 After two days of rest, the Houston Rockets will resume their long stretch of showdowns against Western Conference foes on Tuesday against the Memphis Grizzlies. It will be the third out of 13 straight games against opponents from the West, which will include matchups against the Los Angeles Lakers, Denver Nuggets, Dallas Mavericks and a grudge match against the Oklahoma City Thunder.

So far Houston is 1-1 on the conference tour, losing a tough game against the Thunder before dominating the Minnesota Timberwolves on Saturday. Due to a nine-game winning streak by the Utah Jazz, the Rockets now find themselves at fourth in the West, just a half-game behind them and Denver for second place.