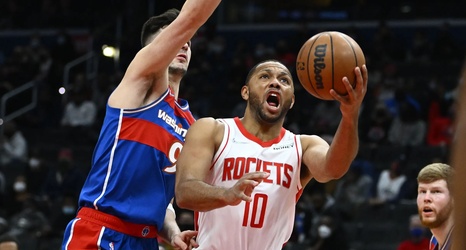 It’s almost full-time trade season, and with the Houston Rockets still in the middle of a rebuild and with the likelihood of being sellers, we’re going to hear plenty of trade rumors in the coming days. But one of the big ones we have right now is in regards to Eric Gordon.

According to Hoops Hype, plenty of “playoff-caliber teams” are expected to be interested in EG, and as aggregated by AZCentral, a big chunk of the chatter around Gordon is centered on the Phoenix Suns, with multiple outlets reporting the Suns are a fit and interested.