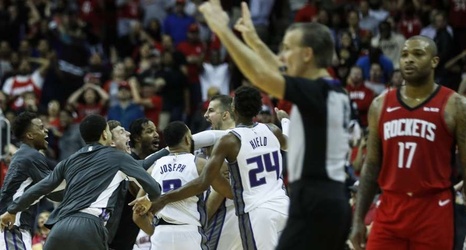 A game after carrying Houston with a third straight triple-double, Russell Westbrook seemingly rescued the Rockets when his basket put the team up by two with a second on the clock.

But that was enough time for the Kings to ship the ball in for Nemanja Bjelica’s game-winning 3-pointer in the Rockets' 119-118 loss at the Toyota Center on Monday.

But in a game where the Rockets outrebounded Sacramento 51-37, it was a missed rebound that flew over Harden’s fingertips that cost them the game.