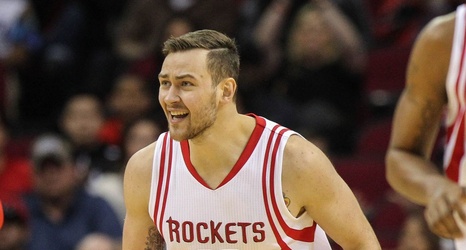 Like, really, though. How is his back good enough to play for the Rockets but not the Pistons?

The National Basketball Players Association is reportedly "strongly" considering filing a grievance with its long time rival, the NBA, according to Yahoo Sports.

The Pistons picked up Motiejunas and guard Marcus Thornton in exchange for a first-round pick and center Joel Anthony. The Pistons quickly voided the three-player trade with the Rockets on Feb. 22 after Motiejunas failed several medical examinations on his back.