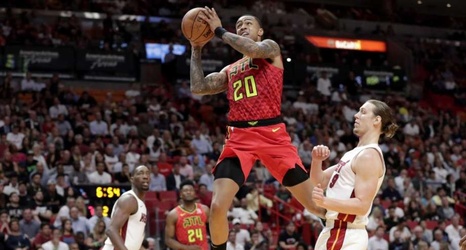 ATLANTA (AP) — Atlanta Hawks forward John Collins was suspended for 25 games without pay on Tuesday for a violation of the NBA's Anti-Drug Program after testing positive for a growth hormone.

ON TEXAS SPORTS NATION: Takeaways from Rockets' win over Grizzlies

The NBA announced Collins, 22, tested positive for Peptide-2. He is Atlanta's leading rebounder and second-leading scorer.

Collins is the third player to be handed 25-game suspensions for drug violations this season.

The NBA announced Thursday night that Phoenix Suns center Deandre Ayton was suspended after testing positive for a diuretic.