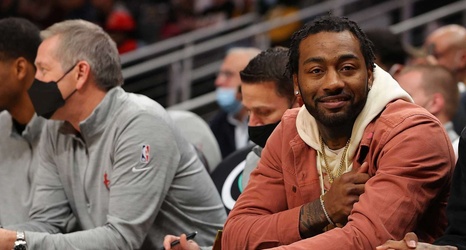 John Wall still hasn't suited up for the Rockets, even after the sides discussed in late November about him possibly returning to the lineup. The Athletic's Shams Charania reports that although teams "are expressing interest" in Wall, his sources say, "a trade or buyout remains unlikely."

That's not surprising, considering Wall's contract, which still has $91.7 million remaining on it through next season.

Prior to the Lakers' current surge (before their loss against the Grizzlies on Sunday, the Lakers had won four in a row), there had been social media chatter about the merits of a Wall-for-Russell Westbrook swap that would seem to make sense in theory because of their exorbitant contracts.