Is Bruno Caboclo ready to step up for the Rockets? 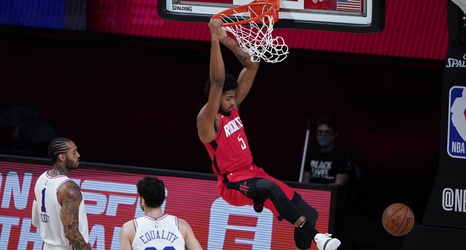 With the Houston Rockets left with a scarce number of roster spots, they made an intriguing decision on Thursday, by inking a new deal with Bruno Caboclo.

The 2020-21 NBA season is getting closer and closer to starting, as training camps are set to start within the coming weeks. The Houston Rockets‘ training camp will start on Tuesday, December 1st, which is much sooner than usual, as the Rockets’ last game was on September 12th.

Rockets general manager Rafael Stone has been tasked with rounding out the roster, in spite of the challenges of the Rockets being hard-capped and limited in what they have to offer.