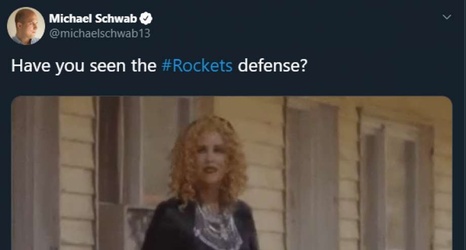 Houston is off to a decent start to the season, but the 3-1 Rockets have shown glaring deficiencies fans and analysts can scarcely ignore --namely their inability to stop the other team from scoring.

While the Rockets lead the league in points per game (121.3 ppg), they're also last in points allowed (127 ppg). Those defensive flaws were on full display Sunday night against the Heat, who trounced Houston 129-100 in one of the Rockets' poorest defensive showings in recent memory.

After the game, fans and media took to Twitter to lament the team's horrendous rotations and lack of individual effort on defense.