Houston Rockets: Why is Eric Gordon starting over Danuel House? 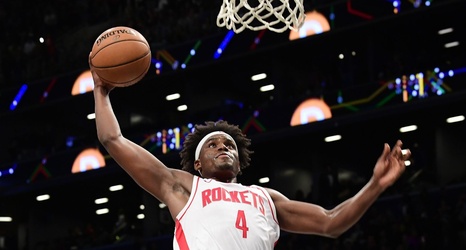 The Houston Rockets have had great contributions from Danuel House this season, as he’s picked up where he left off during the 2018-19 season. House shot 41.6 percent from downtown last season and led the Rockets in 3-point shooting efficiency as well. Through the first seven games, House is shooting 40.5 percent from deep, which is a team-high amongst players with at least six attempts from deep per contest.

House is currently averaging 12.6 points and 5.3 rebounds per game on 29.9 minutes per contest. Through seven games, House ranks fourth on the team in both scoring and rebounding.