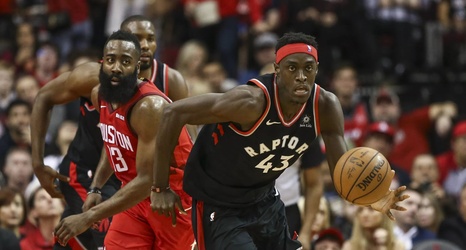 Houston looks to move on from yet another refereeing fiasco that came at their expense when they head north of the border to take on the defending NBA champion Toronto Raptors.

It still feels weird that the Raptors won a title last year, but they recovered from an 0-2 deficit to beat Giannis and the Bucks, then took down the (albeit wounded) juggernaut that was the Warriors. Then Kawhi Leonard and Danny Green left, and you figured, “Well, that’s that.”

That, it turns out, wasn’t that.

The Raptors are off to a 15-5 start and are solidly in the top tier of Eastern Conference teams.