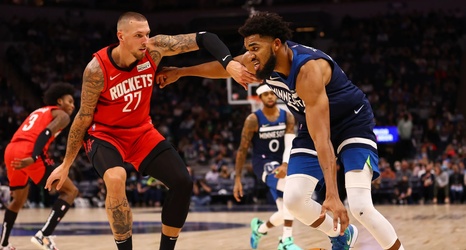 It’s a rematch of Opening Night for the Houston Rockets. That was a game in which they were thoroughly outplayed an lost 124-106 to the Minnesota Timberwolves. The final score line makes it seem closer than it actually was, if that’s possible. The game was over by halftime.

Karl-Anthony Towns dropped 30 and Anthony Edwards added 29. Those two bossed the game and looked like stars.

KAT was expected to look like a star. He is one, and Houston has little in the way of defensive bigs. If Towns hadn’t had a huge tonight, it would have been a shock.