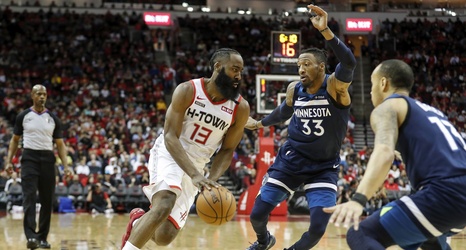 The Houston Rockets have elevated themselves to a 26-12 record after defeating the Minnesota Timberwolves soundly 139-109 in a mid-Saturday afternoon game at Toyota Center. It was a peculiar 4 p.m. CST tip-off, which is definitely something you don’t see too often.

But in the upcoming schedule, there are quite a few games that mirror such an early tip-off so hang on to your hats, Houston Rockets fans and be prepared to watch this team early in the day at times on the weekend!

This contest was decided largely from the get-go and it featured this team staying above 50 percent shooting from three for most of the game.