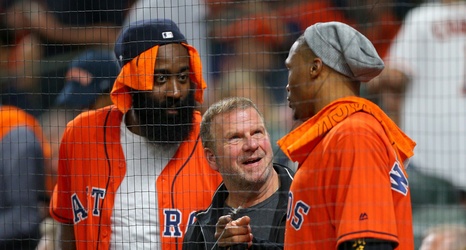 The last few months have been very exciting for Houston sports fans. First, the Houston Rockets upgraded their roster with a blockbuster deal that allowed eight-time All-Star Russell Westbrook to join superstar James Harden. Then, the Houston Astros ended their regular season with a league-high 107 wins and continued their dominance in the postseason.

While the Astros had a slight scare in the ALDS when they were forced to five games against the Tampa Bay Rays, they found themselves up 3-1 with a chance to close out the New York Yankees on Saturday. Given that a victory would put the Astros into the World Series for the second time in three years, it wasn’t a surprise to see some stars seeing the action live at Minute Maid Park.