Houston Rockets: Inside the numbers of Russ’s scoring streak 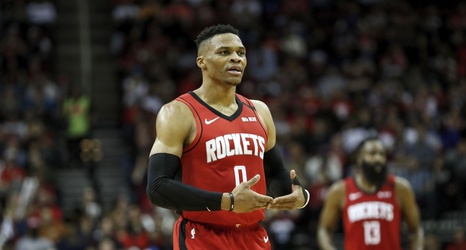 The Russell Westbrook experiment has been largely successful, as the Houston Rockets currently have the fifth seed in the Western Conference, in spite of their struggles against non-playoff teams. The Rockets have gotten much better production out of Westbrook than many would’ve imagined coming into the season, and Rockets coach Mike D’Antoni has largely responsible for this.

MDA has shifted his entire strategy around Russ’s strengths, which has been the biggest cause for the small ball lineup. By having four 3-point shooters around him, it allows Russ to essentially play center when the Rockets are on offense.