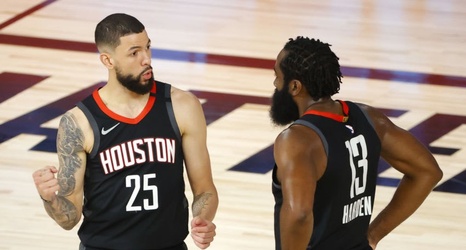 Austin Rivers gave his thoughts about the situation that caused Danuel House to be kicked out of the bubble during the Houston Rockets’ playoff bid.

When the Houston Rockets took on the Los Angeles Lakers in the second round of this year’s playoffs, they knew they were going to need all hands on deck. Unfortunately, off-court activities by Danuel House led to him being suspended for the rest of the playoffs after Game 2 of the series, one in which he played a key role.