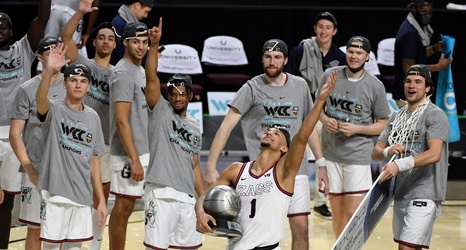 INDIANAPOLIS, INDIANA - APRIL 03: Jalen Suggs #1 of the Gonzaga Bulldogs celebrates with teammates after making a game-winning three point basket in overtime to defeat the UCLA Bruins 93-90 during the 2021 NCAA Final Four semifinal at Lucas Oil Stadium on April 03, 2021 in Indianapolis, Indiana. (Photo by Andy Lyons/Getty Images)

The Houston Rockets need to think long and hard about who they select with the number two pick in the 2021 NBA draft. After losing the most games in the league last season, it is imperative they find a franchise player with the selection.