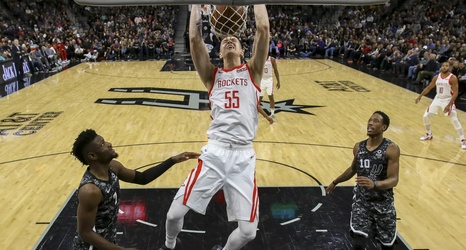 The Houston Rockets made their feelings known about 21-year-old (then 20) center Isaiah Hartenstein, when they signed him to a three-year, $3.9 million deal last summer. They’ve often referred to Hartenstein as “Capela-lite”, and as they’ve let him develop in the G-League, it’s easy to see why.

Hartenstein played 26 games for the Rio Grande Valley Vipers this year, averaging 19.5 points, 14.7 rebounds, 3.8 assists, and 2 blocks per game. He was even better in the playoffs, when he led the Vipers to the G-League championship and was named G-League Finals MVP in the process.