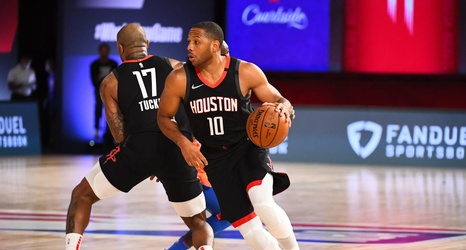 Prior to tonight’s contest, the Oklahoma City Thunder had established themselves as the most resilient team in the NBA this season. When trailing entering the fourth quarter, the Thunder have recorded 17 comeback victories in the regular season — one of which came in a 112-107 win over the Houston Rockets in January.

Seven months later, the Rockets made sure not to duplicate that same mistake. On Tuesday, Houston opened the Western Conference Quarterfinals with a 123-108 victory over Oklahoma City, inside The Arena in Orlando. With the win, the Rockets hold a 1-0 series lead over the Thunder.