Do the Houston Rockets need Gerald Green to return this season? 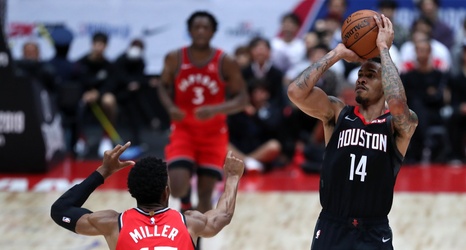 The moment that Houston Rockets‘ sharpshooter Gerald Green suffered a broken foot, it seemed unlikely that we would see the Houston native again this season. But Green has had roughly three months to heal from his injury, which is why it’s not necessarily surprising that he’s eyeing a return for the playoffs, which was first reported by Jonathan Feigen of the Houston Chronicle.

But does it make sense for Green to rush his return and play this year? For starters, the injury was so severe that it was instantly reported that he would likely miss the entire season, so with an injury of that magnitude it’s not necessarily the best decision to rush his return.