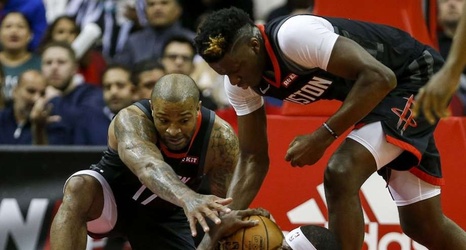 Center Clint Capela and forward P.J. Tucker will be back in the lineup for the Rockets’ game at Memphis on Tuesday night, coach Mike D’Antoni said on Monday before practice at Toyota Center.

Capela missed the Rockets’ 139-109 victory over the Minnesota Timberwolves on Saturday at Toyota Center with a bruised heel, and Tucker hurt his shoulder early in the game on a hard fall and did not return, primarily as a precaution.

In addition, Rockets guard Russell Westbrook will be held out of the first game (at Memphis) of the Rockets’ upcoming back-to-back contests – he typically either rests the first or second games of back-to-backs to try and keep healthy – and is scheduled to play on Wednesday night against Portland at Toyota Center.