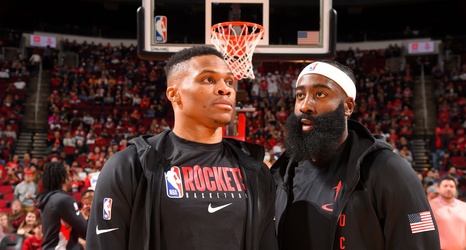 With 38 games in the books, the Houston Rockets find themselves on pace to win 56 games this season due largely to their thriving offense. Looking at the firepower on the team led by James Harden and Russell Westbrook, that should come as no surprise. Harden is following up his 36.1 points per game last season with a 37.7 scoring average thus far while Russ is tallying 24.6, 7.7 rebounds and 7.0 assists per contest.

The scary part for the rest of the league is how successful the Rockets have been despite integrating a new piece as big as Westbrook into the lineup.