Source: James Harden's Poor Play Can Be Blamed On "Extreme" Sickness, Stephen A. Smith Thinks He Was Drugged 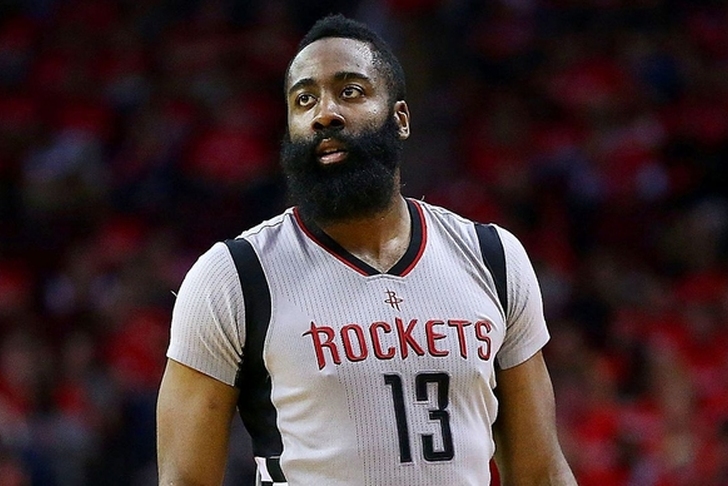 Following the Houston Rockets' embarrassing season-ending 114-75 defeat to the San Antonio Spurs in Game 6 of the Western Conference Semifinals on Thursday night, people have been looking for answers as to why the Rockets looked disinterested in their biggest game of the year.

Critics especially point to the play of MVP candidate James Harden, who recorded just 10 points (tied a season-low) on 2-11 shooting while turning the ball over six times. It was also the fewest points he had scored in a playoff game since the 2012 NBA Finals when he came off the bench for the Thunder.

Harden took responsibility for the loss after the game, saying the Rockets never able to establish a rhythm.

"You've got to take it for what it is," Harden said. "Everything falls on my shoulders. I take responsibility for it, both ends of the floor. You know, it's tough, especially the way we lost at home for Game 6. But it happened. Now we move forward.

However, a source close to Harden told Chat Sports that the All-Star has been "extremely sick" for nearly two weeks, affecting his energy level. Despite the fact that Harden said he was "good" when asked about it following Game 6, our source insists he was not.

He started feeling sick prior to the series against the Spurs, which also explains why he struggled at the beginning of the series (combined for 33 points on 9-30 shooting in games 1 & 2). Feeling ill appears to take the blame for him faltering down the stretch in Game 5 and for his Game 6 performance as well.

ESPN's Stephen A. Smith has another, more sinister theory. In an appearance on SportsCenter, Smith said that he thought Harden looked like he had been drugged prior to Game 6 and called an investigation into the matter.

“I think there needs to be an investigation to be quite honest with you. He looked like he was drugged out there for crying out loud, literally comatose,” Smith said. “I don’t know what happened. I don’t know how to explain it. There needs to be an investigation. Somebody might have slipped something into his drink. Somebody might have done something to him. I have no clue, but it is not James Harden. That was not James Harden that showed up for the Houston Rockets tonight. Somebody with his jersey showed up. It wasn’t him.”

TMZ reported that Harden went out to a club - where Rockets fans chanted "M-V-P!" - and a local strip club on Thursday night following the game. It's hard to believe he'd be able to do that if he was drugged.