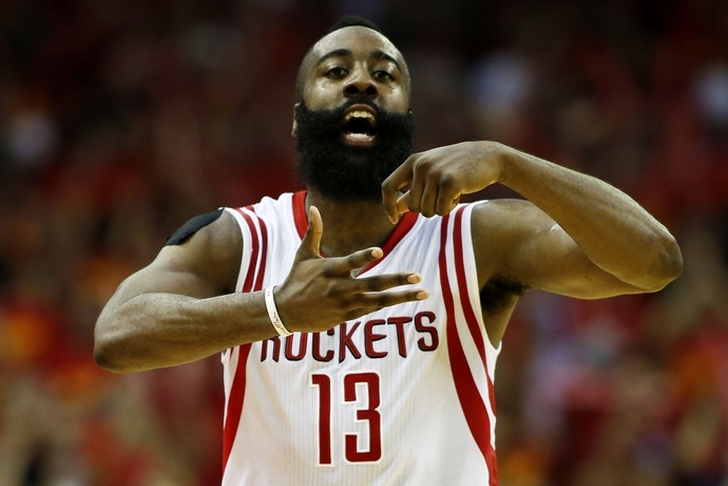 The Houston Rockets in the month of November have an 8-1 record and have been playing solid basketball. During the month of November, they are averaging 120.1 points per game which is 15.8 points higher than their 104.3 points per game average last month.The Rockets offense looks to be clicking and the defense is playing well enough for them to continue to win games. Let's get you up to speed with the week that was and the week ahead with our Rockets Weekly update:

Standings:
The Rockets are tied first place in the Western Conference with the Golden State Warriors with a 13-4 record.  Both teams are on a two-game winning streak. In the Southwest division, the Rockets have a 2.5 game lead over the San Antonio Spurs, only the Spurs and Rockets have an above .500 record in that division.

This Week:
The Rockets this past week went 2-1, winning both of their road games but losing at home to the Raptors 129 - 113. The Rockets bounced back two days later dropping 142 points on the Suns where they scored 90 points in the first half alone. The Rockets then traveled to Memphis where they battled the Grizzlies and won 105 - 83. Before that game, the Rockets were 0-2 against the Grizzlies this season.

What's Next?
Over the next week, the Rockets will have three home games against the Denver Nuggets, New York Knicks, and Brooklyn Nets. The Rockets don't have a road game until December 3rd against the Los Angeles Lakers.

Injuries:
The last injury update from the Houston Rockets was for Luc Mbah a Moute from Saturday's game where he had an illness but was able to play on Saturday.

What They're Saying:
Can the Houston Rockets have a top-5 defense? (Fansided)
Harden halfway to consecutive free throw record (The Dream Shake)
Chris Paul has been impressive since returning from injury (Fansided)

Follow our Houston Rockets team page for all the latest Rockets news, or download the Chat Sports App!