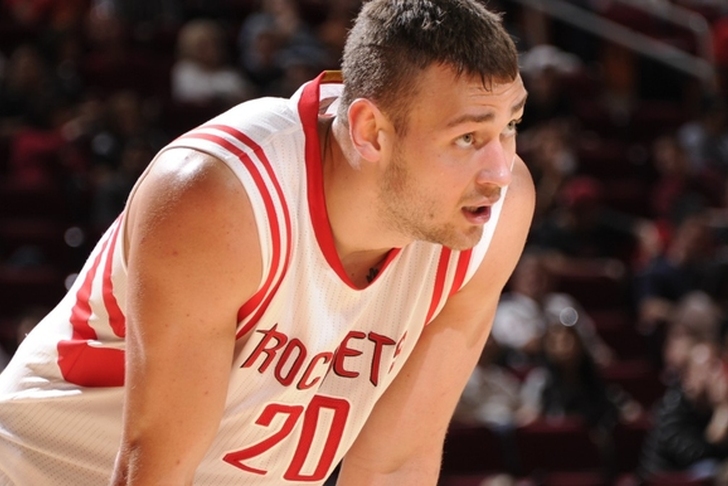 The Houston Rockets and Detroit Pistons came to an accord with just hours to go until Thursday's NBA Trade Deadline, with Houston sending Donatas Motiejunas and Marcus Thornton to Detroit.

Via Adrian Wojnarowski of The Vertical:

In return, the Rockets will receive big man Joel Anthony and a protected first-round pick in the 2016 NBA Draft:

In deal, Detroit will send Joel Anthony and a protected 2016 first-round pick to the Rockets, league sources tell @TheVertical

Motiejunas has been dealing with injury issues, but will provide Detroit with a valuable rotation stretch-four. Thornton is an effective offensive force when able to slash towards the rim with regularity.

As for Joel Anthony, he may be a quick waiver casualty for Houston. If not, he'll serve as an end-of-the-rotation big if Dwight Howard is not traded.