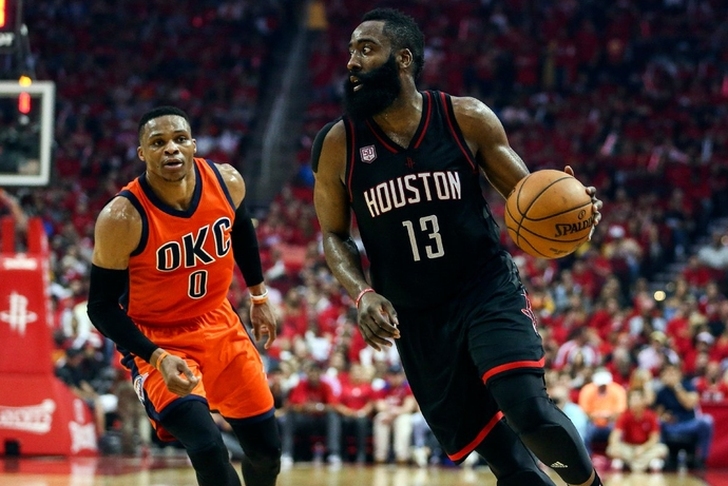 Game Two of the Houston Rockets - Oklahoma City Thunder series went down to the wire. Although the Thunder were up by as many as eight in the fourth quarter, it was the Rockets who came out on top, 115-111. A 10-0 run late in the fourth helped seal the win for Houston.

Despite a triple-double from Russell Westbrook, the Thunder didn't give him enough help to pick up a win. Westbrook had 51 points, 13 assists and 10 rebounds. No other Thunder player had more than 12 and only three others reached double-figures.

On the other side, four Rockets topped 15 points. James Harden led the way with 35 points, eight assists and four boards. Eric Gordon had 22 points off the bench, while Lou Williams had 21.