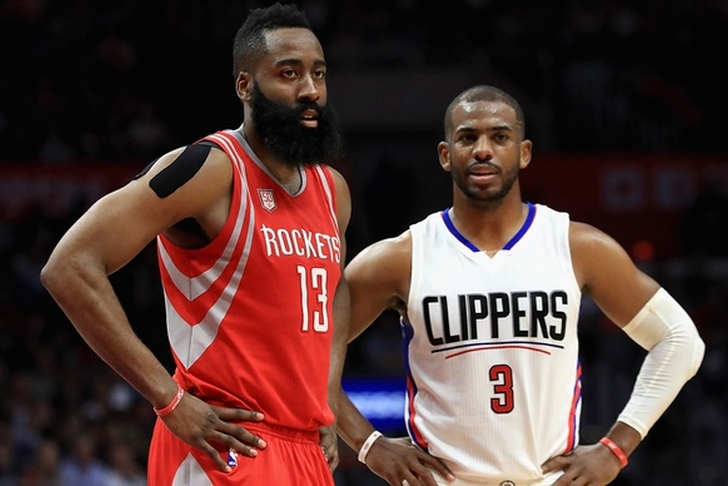 The Houston Rockets aren't standing pat after finishing as the No. 3 team in the Western Conference last year and are trying to add another star player to compete with the Warriors.

They have been linked to the Indiana Pacers about a possible Paul George trade, and have interest in signing Chris Paul as a free agent this offseason - and it seems like they have a legitimate chance to land Paul.

“I do know that Chris Paul is legitimately interested in playing [in Houston],” ESPN's Brian Windhorst told the Lowe Post podcast. ESPN's Chris Haynes also said that Houston has a “serious chance of luring Chris Paul away.”

The Spurs are thought to be the biggest threats to sign Paul away from the Clippers, but the Rockets have placed Lou Williams, Ryan Anderson and Patrick Beverley on the trade block in order to create more cap space.

Houston would have to make those moves before they would be able to sign Paul, but if they do, it appears as though they are a legitimate option for the All-Star point guard.

The Rockets are also targeting Blake Griffin, Kyle Lowry and Paul Millsap on the open market.

Paul would sacrifice quite a bit of money by leaving the Clippers. He's eligible for a five-year, $205 million deal with Los Angeles, but the most the Rockets could offer him is a four-year, $152 million deal.

Check out our Houston Rockets team page for all the latest Rockets Rumors or download the Chat Sports App!