Rockets Pull Away Late, Advance To West Semis With 105-99 Win Over Thunder 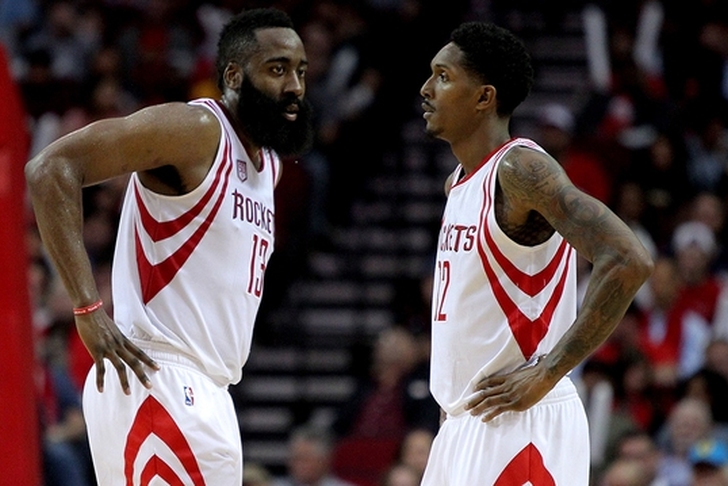 The Houston Rockets are advancing to the Western Conference Semifinals for the second time in three years after a 105-99 win over the Oklahoma City Thunder in Game 5, clinching the series.

James Harden led the way for the Rockets once again with 34 points, but it was Lou Williams (22 points) and the rest of Houston's bench that really stepped up and made the difference. That bench led a huge run in the second quarter that gave Houston control of the game and a 51-44 edge at the break.

Russell Westbrook led a spirited comeback in the third quarter for the Thunder, scoring 20 points in the frame as OKC turned a double-digit deficit into a 77-72 lead going into the fourth.

Russ goes off for 20 in the 3rd! Catch the 4th NOW on @NBAonTNT! pic.twitter.com/QBouqjVG35

It was the fourth game in a row in which Oklahoma City had the lead going into the fourth quarter, and for the fourth straight game, the Rockets overcame that deficit and took the lead.

This time, it was a 16-6 run to start the quarter - most while Westbrook was on the bench - to regain control of this game for good. While the Thunder managed to stay close, they were never able to tie the game or take the lead.

Westbrook finished with 47 points, 11 rebounds and nine assists to lead OKC, while the rest of the team combined for just 50 points on 19-55 shooting. As a team, the Thunder shot just 24 percent in the fourth quarter.

The Rockets now advance to the Western Conference semifinals, where they will face the winner of the Spurs-Grizzlies series. That series is currently tied, 2-2.