Rockets Give James Harden Most Lucrative Extension In NBA History 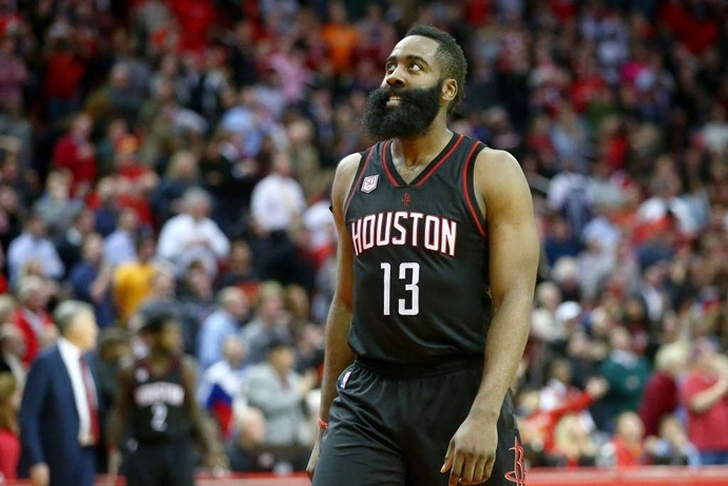 The Houston Rockets have agreed to a contract extension with star guard James Harden that will make him the highest-paid player in NBA history, according to ESPN's Adrian Wojnarowski and Brian Windhorst.

Sources with @WindhorstESPN: James Harden and Rockets are progressing toward deal on biggest contract extension in NBA history.

Harden's progressing toward adding four years onto Houston current deal, an extension that could guarantee him $228M through 2022-23 season.

Rockets owner Leslie Alexander and Harden announced the deal on the team's website.

"It's my pleasure to announce we've reached agreement with James Harden on a long term contract extension.  Since he arrived in Houston, James has exhibited the incredible work ethic, desire to win, and passion to be the best that has made him one of the most unique and talented superstars in the history of the game," said Alexander.  "Additionally, the commitment he has shown to our organization, the City of Houston, and Rockets fans all over the world makes him a perfect leader in our pursuit of another championship.  I'm very happy for James, his mother Monja, and their family on this exciting day."

"Houston is home for me," said Harden. "Mr. Alexander has shown he is fully committed to winning and my teammates and I are going to keep putting in the work to get better and compete for the title."

Harden's current deal guarantees him over $58.5 million over the next two seasons, and he has a $32.7 million player option for 2019-20. However, this new extension would start in the 2019-20 season and pay roughly $170 million over those four seasons (averaging $42.5 million per season).

The Golden State Warriors signed Stephen Curry to the largest contract in league history at the start of free agency (five years, $201 million - averaging $40.2 million per year), but Harden's new deal would surpass that due to the average salary per season.

Harden also signed a 13-year, $200 million endorsement deal with adidas in 2015 that gives him an extra $15.4 million a year along with his salary.

The eight-year veteran finished second in the league with 29.1 points per game last season while leading the NBA with 11.2 assists per game.