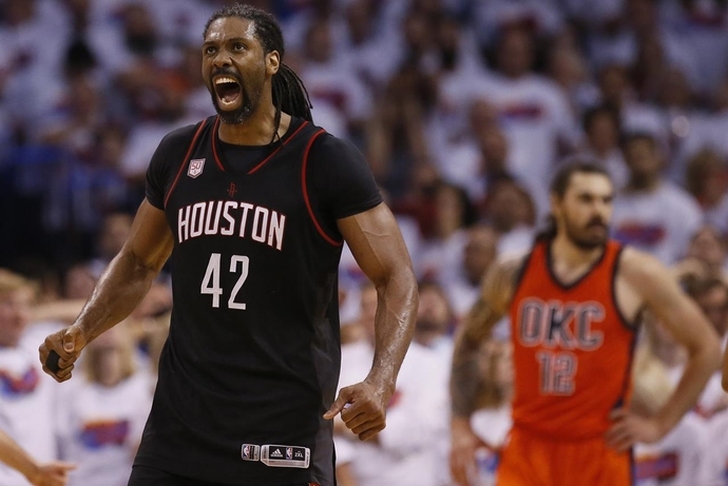 The Houston Rockets have limited cap space after trading for Chris Paul, but were able to re-sign one of their best players in Nene, according to ESPN's Adrian Wojnarowski.

Nene had been seeking a fourth year in his contract, and talks between the two sides broke down when Houston was unwilling to include that in their offer. He didn't receive a better offer on the open market, so he choose to re-sign with the Rockets.

In May, following his first season with the franchise, the 34-year-old said he wanted to return to the team.

"Of course I expect [to be back]," Nene said. "That'll depend on me. I did my job. I just leave it for the coaches, the general manager, my agent. Of course, I'd like to be back. This place was a blessing for me. They brought me back. They brought the real Nene back. When you're happy. When you feel good. When you're engaged, people know you're work, of course you want to be back.”