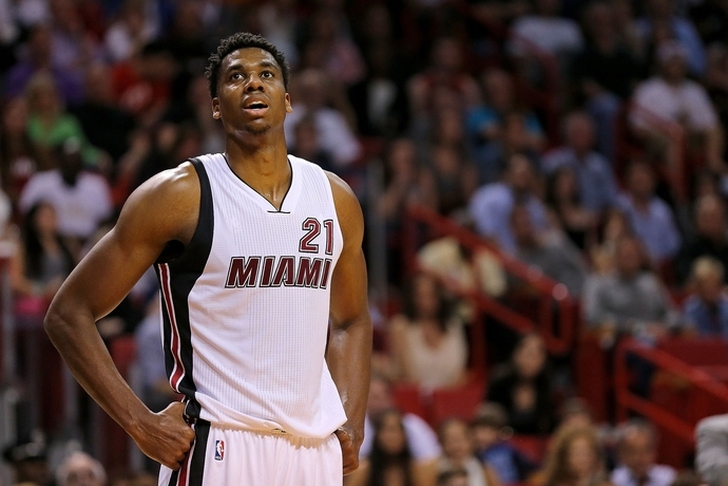 The NBA Draft is over and the Houston Rockets have turned their complete attention to the start of free agency on July 1st. The Rockets have plenty of cap space and are going to try to land at least one big name this offseason. Here are all the latest Rockets rumors and news and you need to know.

Rockets Top Targets
The Rockets have cap space this offseason and they're going to at least swing for the fences with a few big names. ESPN's Calvin Watkins reports the Rockets are looking at Kevin Durant, Al Horford, Hassan Whiteside and Ryan Anderson. Watkins says those aren't the only names, but they are the four he mentioned. Below, we're broken down the Rockets' chances with each.

The Rockets don't have any real shot with Durant, despite his friendship with James Harden. Anthony Slater of The Oklahoman put the Rockets in his "delusional pipe-dreamers" category. The Rockets aren't even expected to land a meeting with Durant.

We'll group Horford and Whiteside together, since they both play center. The Rockets can afford to give a max deal to both players, something they surely want. With Dwight Howard likely to leave, the Rockets have a big need at the position. Unlike Durant, the Rockets at least have a shot with both players, although there is plenty of competition.

Anderson is the lesser of the four players, but the most realistic target. The team has several options at the spot, including Josh Smith, Michael Beasley, Terrance Jones and Donatas Motiejunas. But Smith is an unrestricted free agent and Motiejunas and Jones are restricted free agents. Anderson is a classic stretch-four and would give the Rockets another 3-point threat. He could end up with a bigger deal than some expect and it could come from Houston.

Follow our Houston Rockets team page for all the latest Rockets Rumors, or download the Chat Sports App!