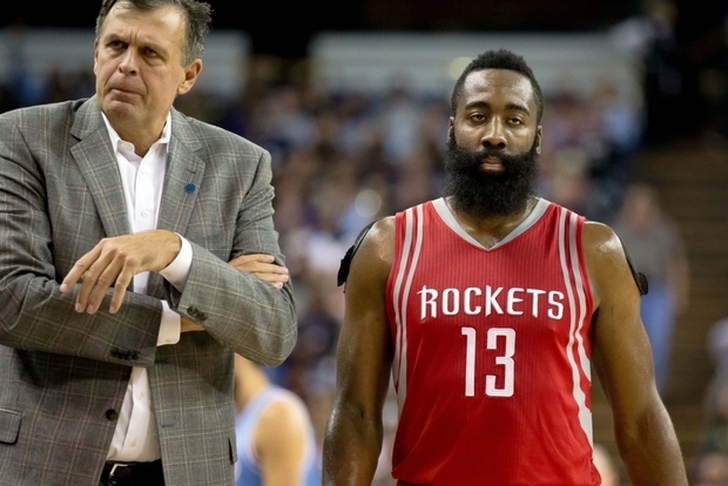 Houston Rockets guard James Harden reportedly tried to get center Dwight Howard traded prior to the 2014-15 NBA season, but his antics with the front office didn't stop there.

Multiple league sources told CBS Sports that Harden pushed management to dump McHale, and has since angled for the Rockets to trade Howard. Rockets GM Daryl Morey delivered on the first demand, but was unable to find a suitable deal for Howard at the trade deadline this month.

Howard and Harden have failed to get along for much of their tenure together, but it came to a head this season when Howard became fed up with playing "second fiddle" to Harden in the Rockets offense.

Houston held a team meeting a few games into the season, during which Rockets players expressed their frustrations with Harden's play and lack of intensity on defense. However, it's clear that Harden is the one that holds all of the power in Houston, and the front office is willing to accomodate his wishes.