James Harden, Dwight Howard Each Tried To Get The Other Traded 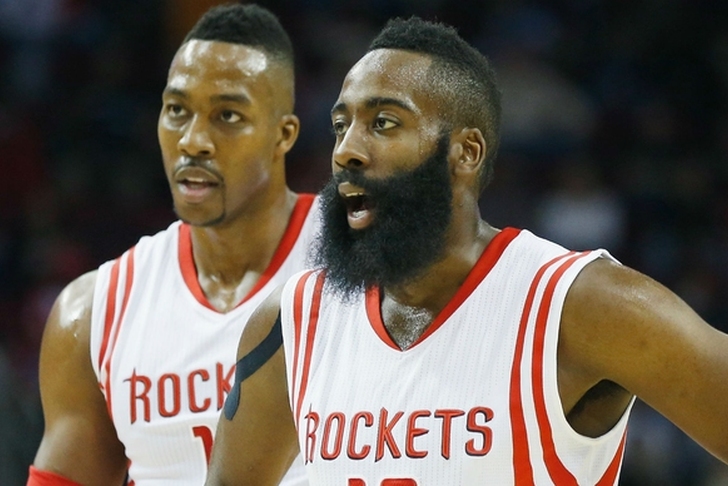 The Houston Rockets are shopping star center Dwight Howard before this afternoon's deadline, but if James Harden had his way, it would've happened sooner.

For three seasons with Harden and Howard, the Rockets have lacked leadership on the court and are not seen by opponents as a team that works hard. Both want the perks and trappings of being the big dog pulling the wagon, but neither will do the real work. Howard smiles and says everybody should keep positive thoughts. Harden shrugs his head and goes back to seeking his next 40-point game.

Howard and Harden have been an oil-and-water mix since they came together for the 2012-13 season. It was only days after Damian Lillard's 3-point dagger eliminated them in the first round of their first playoff series together when both were sending out messages and maneuvering to get the other one traded.

The Rockets obviously rebounded to make the Western Conference Finals in 2015, but an extremely disappointing first half of the season resulted in the firing of head coach Kevin McHale - and several more changes coming.

Howard plans to opt out of his contract this summer to become a free agent, and Houston is trying to make a deal in order to get something of value in return for him. However, only the Charlotte Hornets and Atlanta Hawks have expressed any interest in acquiring him before the deadline.