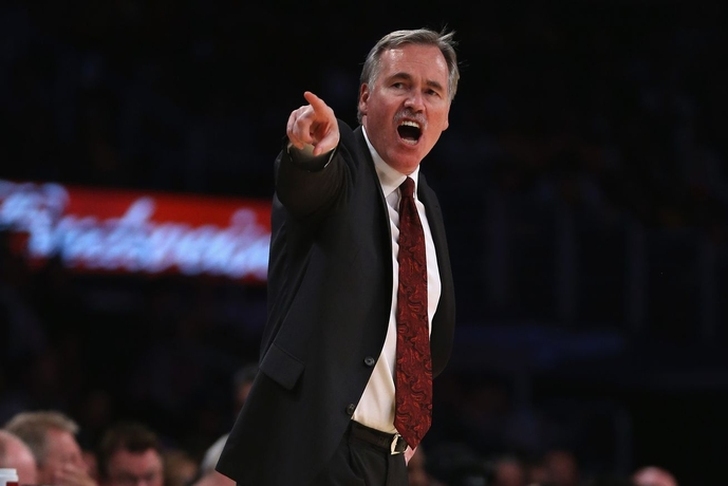 The Houston Rockets have reached an agreement with Mike D'Antoni to be their next head coach, reports The Vertical's Adrian Wojnarowski:

D'Antoni is finalizing a four-year deal with the Rockets that will include a team option in final year, league sources tell @TheVertical.

Sources: Two strong candidates for D'Antoni's staff include Memphis assistant Jeff Bzdelik and Roy Rogers, who was with Washington.

D'Antoni has long been considered the front-runner for the job after they decided they wouldn't retain interim coach J.B. Bickerstaff. D'Antoni hasn't been a head coach since he was fired by the Lakers in 2014, but he was hired to be part of the 76ers coaching staff this season.

A noted offensive guru, D'Antoni employs a fast-paced, up-tempo system. He also brought smallball into the mainstream NBA with the Phoenix Suns from 2003-2008, winning NBA Coach of the Year in 2008. He has a career coaching record of 455-426.